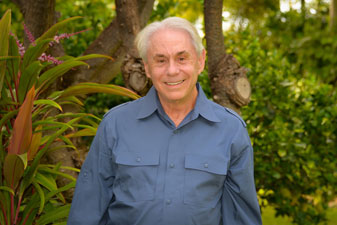 Bill Bauer, a Kansas City native, is the author of Pear Season and The Boy Who Ate Dandelions, and Promises In The Dust. His most recent book, Last Lambs: New and Selected Poems Of Vietnam, (Second Edition, BkMk Press) was chosen as a 2014 Eric Hoffer Legacy Award Finalist.

While in college (1961-66) he worked as a copy boy and junior reporter for The Kansas City Times and as a psychiatric aide at Research Hospital and the University of Kansas Medical Center. He was drafted while applying for grants for graduate programs. He then served with the Kansas National Guard during the race riots of 1968. In 1969 he was assigned to the 4th of the 9th Infantry Division along the Cambodian Border in Tay Ninh Province and awarded a Bronze Star for his service there. Later that year, he wrote daily reports and edited combat art books in the office of the general at 25th Division Headquarters Company in Cu Chi. Prior to sale of his company in 1992, he was a co-founder and president of Media/Professional Insurance, an international underwriting and claim management firm that defended the First Amendment rights of the media.